LokChain for the enterprise is an extreme performance initiative of the blockchain technology. It is designed from bottom up to provide independent, reliable development which absorbs the local insight from the emerging market. This is an option to the documented world because it will enable the emerging market to discover and access the necessities of life all across the globe. The health, Legal, Pharmaceutical, Agriculture, Government, e-Commerce and Manufacturing are some of the business verticals that could possibly use this platform. LokCoin(LCN) is the default coin/token for this platform.

These problems do not preclude: 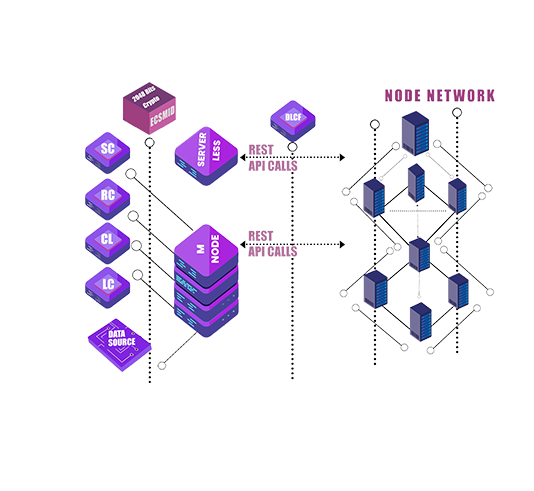 Why use LokChain for the enterprise?

Clear and direct implementation with legacy

It is a hybrid of the best in breed of blockchain

LokChain is the first blockchain platform that carefully solved majority of the problems tormenting the use and integration of blockchain technology (refer to DLT). These problems do not preclude:

We have successfully implemented number 2 and number 3 in our wallet application. The use of smart asset is invoked with smart contracts to establish confirmation of any transaction between two parties. IoT and Blockchain belong to one ecosystem by inception. However, the state of the affairs is met by failed promises and recognition of any practical establishment of the desired vision. Why? Implementation of cryptography (PKI) is the biggest problem encountered as we try to bring inter network of things into the fold of blockchain. We want to take advantage of the immutability, decentralization, transparency and trustless paradigm. So long as there is no one certificate authority (CA) to rule all networks (certificates), there will be no one blockchain to rule them all. With that being said: This brings us back to the network or net. Interconnected networks of two or more networks become inter network or internet.

We surmise that we will be left with inter-blockchain alone and separated from IoT. That outcome is not what we dreamt of or wished for. How can we bring this twin together? This sinister outcome will make, almost impossible the wider implementation of Industrie 4.0 for 20 Billion common things and 8 Billion+ population. These people and nodes in the network are treasures waiting to be tapped. We can no longer wait because unraveling this big marvel will benefit us all. Should we, choose to do nothing about this, it will delay human growth out of poverty, reduce the timely ramping of this new idea and possibly reduce the capacity of wealth creation promised by the integration of these technologies. What we need is in the diagram below.